When a South African insurance company client had their planned international incentive trip to Russia cancelled because of COVID restrictions, the client turned to renowed incentive house Uwin Iwin to create a unique incentive travel programme within South Africa, for the 186 incentive qualifiers. Uwin Iwin in turn partnered with euromic South Africa, Walthers DMC to brainstorm, create and deliver a “never-been-done-before” incentive itinerary.

Let Daryl Keywood, Managing Director of Walthers DMC, explain the all important solutions to the surprising challenges this programme threw up:

The client has ‘seen and done’ almost everything in South Africa, and, with many of the qualifiers being repeat winners over many years, designing a ‘never-been-done-before’ incentive itinerary with only a four-month lead time created a significant challenge.

We and Uwin Iwin brainstormed the solution: a private Rovos Rail train charter combined with Hayward’s Grand Safari Company, a five—star-rated luxury mobile tented safari experience. This would ensure a sufficient WOW factor to exceed the high expectations of the much anticipated but cancelled trip to Russia, and deliver to the seasoned inventive participants a unique, untouched location in an area they know so very well.

Whichever area was chosen needed to be located within a reasonable road transfer from a railway station or siding, Many discussions were held with Peter Hayward before deciding on his suggestion of considering the iSimangaliso Wetland Park, World Heritage Site in northern Kwa Zulu Natal, The initial planned access to this unique location was via Durban on the luxury Rovos Rail, with the winners divided into three back-to-back groups, with the elite achievers enjoying a return journey resulting in four legs on Rovos.

The challenge with a programme that has never been achieved before is exactly that; one begins from scratch with a site inspection during which many obstacles were encountered and overcome.

The first hurdle was the railway infrastructure between Durban and the St Lucia area which, due to maintenance delays and limited times as to when a charter train could utilise the track, was deemed unsuitable.

Covid-19 restrictions caused a postponement in original dates which meant the event was moved into the highest rainfall month of the year. Various social eruptions along the way led to a detour of the train.

Another major roadblock was that recent legislation required the park authorities to conduct an Environmental Impact Assessment on the preferred location prior to Haywards Luxury Safaris erecting the luxurious camp. A combination of budget constraints and COVID-related delays meant that this could not be done within the time frame available, and so, with only four weeks to arrival, a second site inspection of all potential locations within iSimangaliso Park was conducted. After viewing several options, a unique location on the shoreline of Lake St Lucia was selected as ideal.

The answer was to fly the attendees to and from the embarkation point in Nelspruit, and to travel on Rovos Rail through scenic Swaziland to Hluhluwe. This cross-border route meant that in camp, PCR tests were required to be conducted on all those returning by train through Swaziland, which, considering the remote location and the rush for the results created interesting challenges – all surmounted, of course.

Watch The Hayward’s Showcase of the Event, Delivered With Walthers and Uwin Iwin

More than a few participants voiced concerns regarding how a ‘luxury glamping experience’ could meet the expectations of a well-traveled group familiar with the finest hotels in some of the world’s most interesting locations.  They need not have feared: their concerns were dispelled and expectations exceeded, both on Rovos Rail and upon arrival at the Hayward’s Grand Safari Camp. To say that the location positioned on the edge overlooking Lake St Lucia was breathtaking is an understatement.

The programme included safari drives, guided bush walks, a beach day with masseurs on hand, bush picnics and themed dinners with local entertainment as well as a formal awards dinner under canvas. The elite group of top achievers also experienced an estuary boat cruise and a spectacular helicopter flight over the park, from the camp itself, as well a return journey on Rovos Rail.

Guests departed with memories of a truly ‘once in a lifetime trip’ that they never would have expected to experience.  The post-event guest satisfaction survey of the camp scored an average of 97 per cent rating from the participants.

The glorious safari camp is gone and all evidence that this event ever took place is slowly vanishing as the grass recovers on the footpaths around the exclusive site. A condition of the permit was that the site be left as it was found, all waste removed, and the area left as pristine as it has been for decades. It is a testament to all involved that this was achieved. We left only our footprints and even those have disappeared with the summer rains.

Brought to you by Walthers DMC
For incredible incentives solutions that will amaze: 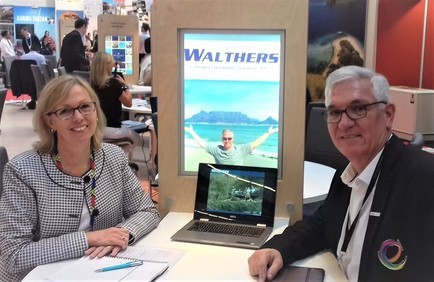 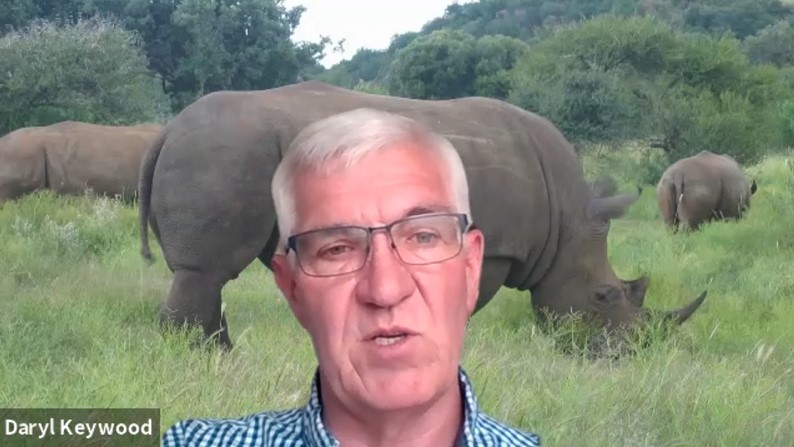 The Latest from euromic South Africa

Watch Huw and Daryl discuss all you need to know about meetings events and incentives in South Africa now.